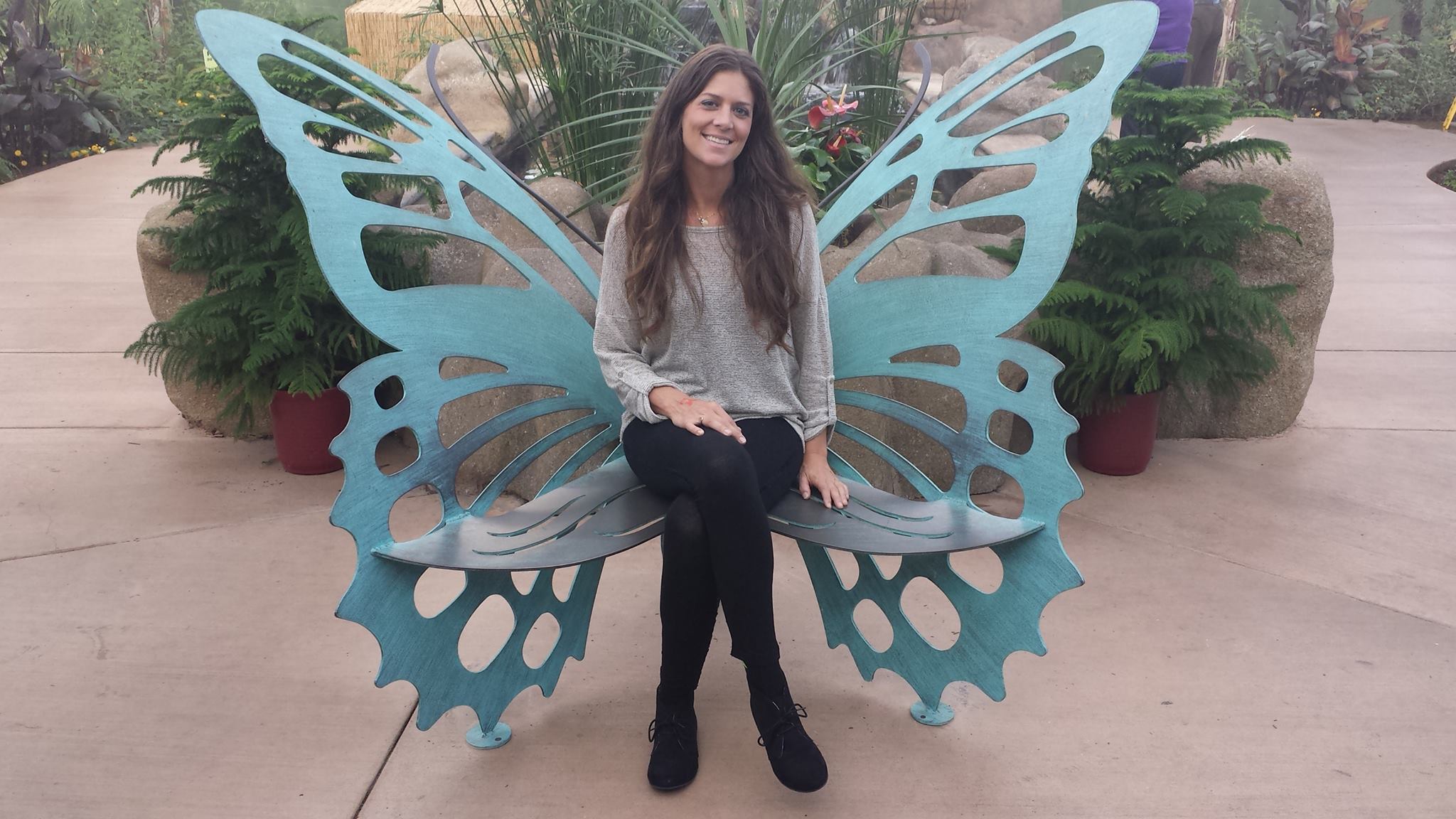 Hi, my name is Christine Noble. I am an Energy Medicine Practitioner and Medical Intuitive/Medium. I’m a Reiki Master and also certified in multiple healing art modalities. I have my Bachelor of Arts degree from Purdue University. I became a Reiki Master with certifications and/or credits in Reflexology, Polarity, Hypnotherapy (NLP; Neuro-Linguistic Programming), Cranial-Sacral Therapy, Acupressure, Chinese Face Reading, Swedish Massage Therapy, Canine Massage Therapy, Hot/Cold Stone Therapy, Auriculotherapy and Toe Reading from the Southwest Institute of Healing Arts. I am an artist as well.

I have been a self-employed practitioner since 2009. My clients have ranged in age from one and a half to 94 years young. I use my skills as a medical intuitive and medium when I work with my clients, either long distance or in person. My main specialty is the Death/Rebirth ceremony which is rooted in Indigenous cultures (can be performed in person or long distance). I also offer an intense healing pain treatment (must be done in person) that has left many of my clients pain-free permanently. These sessions are unique to each individual. They are designed to create profound positive change and to show you how to harness the limitless power of the brain. Most of my sessions are one-time only, some do a reboot ceremony every few months or years. There are very few places or practitioners in the U.S. that offer anything like these ceremonies. The results have been astounding to witness. I am so proud of the hard work and self-care that my clients have put into themselves. Many of them have cured themselves from serious diseases, chronic conditions or manifested the life they have always dreamed of (check out the “Client Stories” page to read more about their remarkable healing testimonials). I also do public speaking engagements and group sessions/ceremonies which create healing, enlightenment and an under and INNERstanding of the science behind energy work and the brain.

As an Eastern Energy Medicine professional for the last 13 years, I have been working with thousands of people from all walks of life who simply just want to feel better, grow as a person, heal or create a more meaningful life experience for themselves.  If you want spiritual growth or just to improve any aspect of your life (even your golf game or any sport), it can work at many levels.

The two side-by-side photos below were taken with Kirlian photography. This type of photography is used to capture the energy field or the aura, otherwise known as “electrical coronal discharges” on film. In the left photo, I was on doctor prescribed pharmaceuticals and living an unhappy existence. On the right photo is after discovering energy medicine and prescription drug free.

I am very passionate about holistic wellness and natural healing. In 2004 I had a nervous breakdown after heartbreak from a relationship and also from witnessing the cruelty behind the scenes of working in the zoo industry. I lost my job and way too much weight, couldn’t sleep or eat, began stuttering, became agoraphobic with panic attacks and started experiencing abilities of mediumship. I thought I was going crazy and was no longer able to function in every day life. So I went to a specialized brain clinic in California to have my brain scanned. They told me my brain was “not normal” and “highly overactive.” I was diagnosed with seven mental illnesses. The doctors told me I would have to be medicated for the rest of my life if I wanted to be a “productive member of society.” Two drugs quickly turned into seven after they were not working like they did in the beginning. Every time I complained about a new negative side effect from one drug, their only solution was to just add another. I became a science experiment with every doctor I tried and all they could do was guess, so I tried many drugs, too. They did not tell me how physically addictive and dangerous these medications are and I became dependent on them to go to work, be productive and live my daily life.

Then the drug laws changed. I called my doctor’s office to refill my prescriptions and she said, “We can’t help you anymore.” and she literally hung up the phone on me. As a result of being abruptly cut off from these poison medications, I couldn’t get out of bed without the pills. I went through severe drug withdrawals, lost another job, was arrested for prescription fraud and ultimately had a near-death experience after overdosing on amphetamines and alcohol.

By 2008, I finally decided I no longer wanted to be dependent on doctors and pharmacies. I realized that the system does not create cures, they actually just want lifelong customers. This system will remain broken until there is a cure for greed. I am not saying there aren’t good people in the healthcare industry because, of course, there are. Most of the front-line workers get into it for altruistic reasons. I respect that; however, when you follow the money, the agenda becomes very evident. The system is designed to keep us sick, tired, poor and permanently dependent. We have forgotten our true nature for self-healing and how to care for ourselves and each other.

All I was trying to do at the time was “do the right thing” and live how I thought we were “supposed” to and fit into our society. I found out the hard way that conformity is not the path to happiness. Now I know better and that we are powerful beings beyond measure actually DESIGNED to heal ourselves naturally and feel good! I have been prescription drug free since 2008. Let me be clear, I am not a victim of “big pharma,” nor do I judge others for taking that route. If it wasn’t for all the darkness, I would have never found my light. It was only after detoxing from the drugs that I discovered they were actually suppressing my gifts.

In 2009, after recovering from all the medication side effects and withdrawals, I was facing homelessness. I decided to get a bank loan to go to a trade school and get my second degree. Fortunately, the school I chose offered energy work modalities. Learning about these alternative therapies had such a profound effect on me that it saved my life. That is essentially how the Death/Rebirth Ceremony was born (check out my FAQ page for more details). They became very popular quickly, and I started my own practice performing ceremonies before I graduated from school. At one point, I was approached by a producer to be filmed for my own reality TV show. I turned him down. It was all very overwhelming for me as an introvert and private person who doesn’t really like talking about themselves. And I don’t agree with the mentality that some people know more than others or that anyone should be put on a pedestal for their gifts or talents. After all, no one knows you better than you!

I share my story as a caution and inspiration to others and to let people know there IS another way out of the darkness. Fast forward a few years to the photo on the right, which was taken after I discovered energy medicine and began a healthy self-care routine.  My light was shining so bright, the person taking the photo thought the camera was broken at first. What a difference! 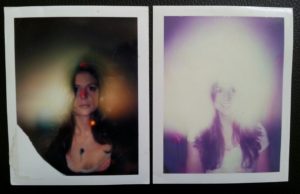 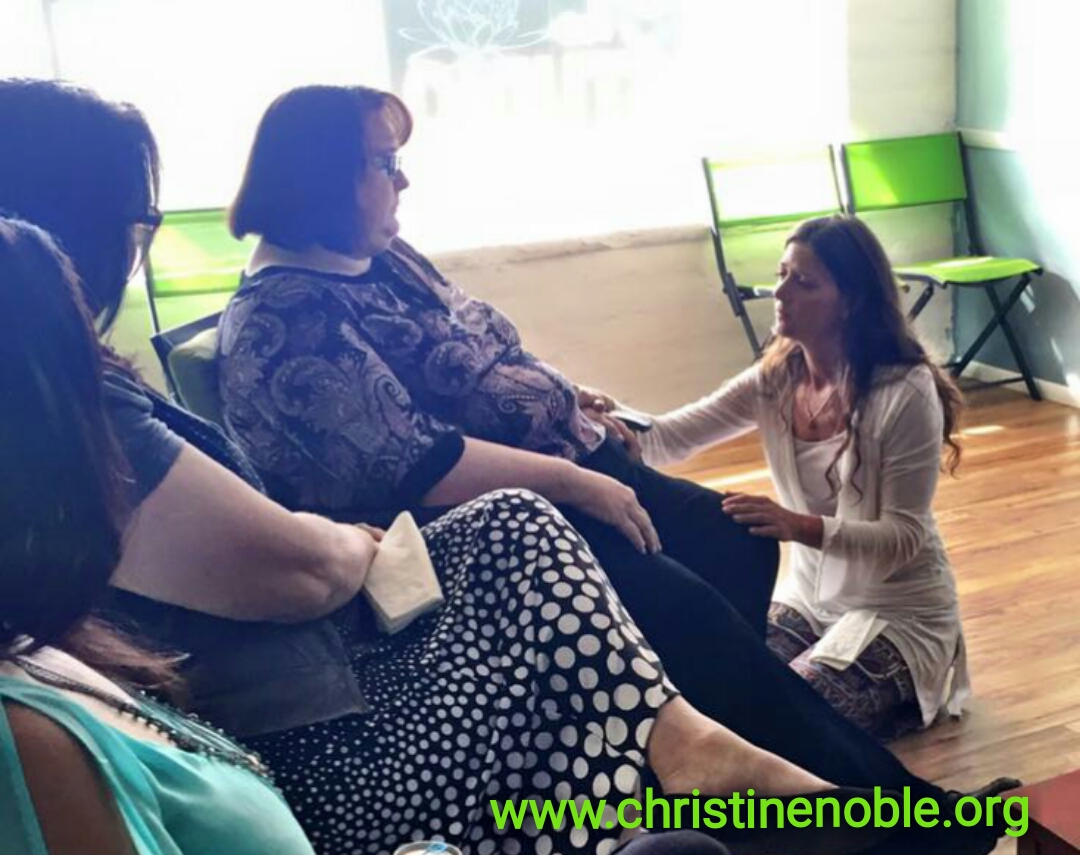 Over the years of doing this type of job, I have had the honor, privilege and opportunity to work with other Shaman and medicine people in the wellness industry from all over the world.  Integrating my background with Indigenous teachings has been such a blessing and is one of the cornerstones of my work. I feel fortunate to have participated in Native ceremonies from other cultures including the Navajo Indians, plus Peruvian, Japanese and Chinese medicine.

I was invited to a Navajo Indian reservation to join the Native people in a traditional overnight ceremony. It was one of the most powerful experiences of my life. The Chief of the tribe (Chief Gibson Gonnie, pictured below) and I became friends and he asked me to assist him in several other ceremonies for his people. I also was invited to join other tribes in Native sweat lodge ceremonies. They are very intense and extremely cleansing. Because of these experiences, I am now able to take that knowledge and information and share it with you. It became a passion for me to offer this profound work to my clients in my practice. These ceremonies can go on for 12 hours or days. I wanted to make my ceremonies for clients as similar as possible, but not as long. The goal is to become as aligned and in harmony with Earth, God/Spirit and Nature through the Death/Rebirth Ceremony.

I realized after lots of ups and downs that one of the biggest keys to doing this work well is self care. All of us need self care and maintenance. Maintaining the highest vibrational frequency we can takes work and practice. I exercise 4-6 days a week, meditate daily, regularly spend time in nature and have adopted a vegan lifestyle. I fill up my heart every week by volunteering at an animal sanctuary called Forever Wild (picture collage with Albert the emu, Toby the Sulcata tortoise, Gilbert the goose, Irene the ring necked dove and Carlos the Caique parrot). I also alternate natural herbal supplements as needed. The healthier I am the more in tune I am with the Earth, God/Spirit and my authentic self. And the higher my vibration is the more good I can do for you.

Thank you so much for taking the time to read this part of my story. I am grateful.

My crystal/feather wand I use in the death/rebirth ceremonies

In photo number 3: a collage of some of my animal friends at my volunteer job for Forever Wild Sanctuary (Albert the emu, Toby the Sulcata tortoise, Gilbert the goose, Irene the ring-necked dove and Carlos the Caique parrot). 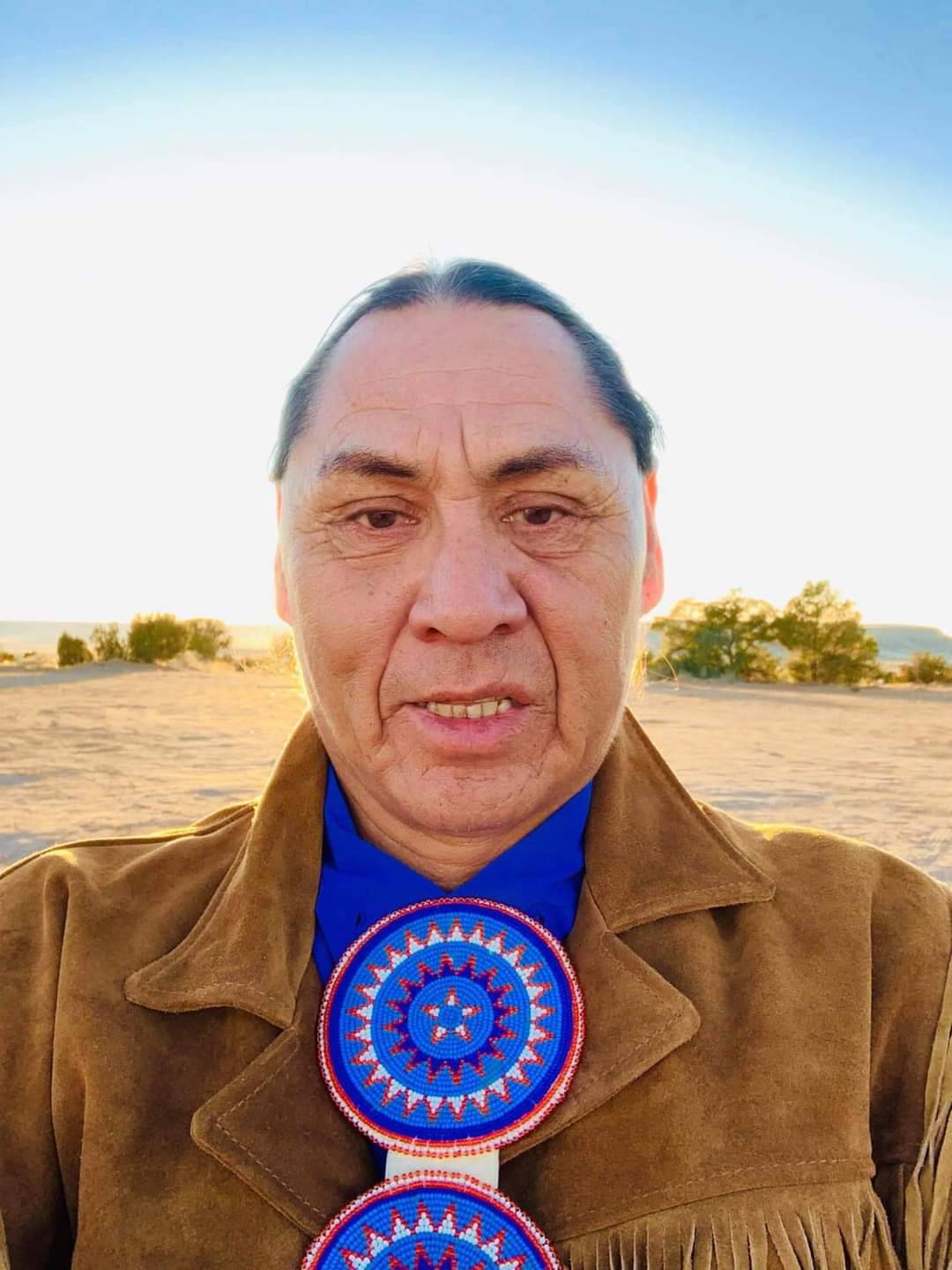 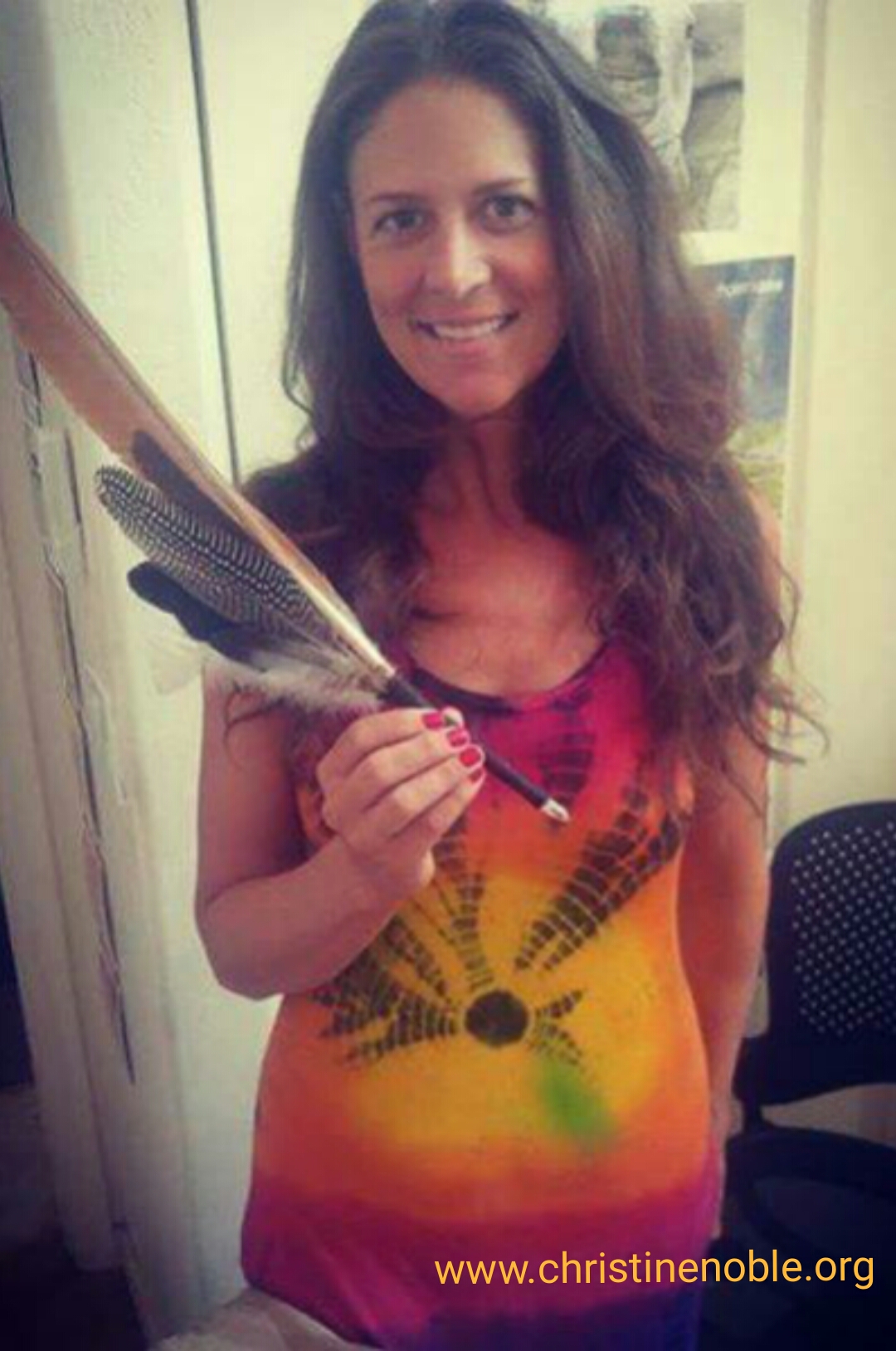 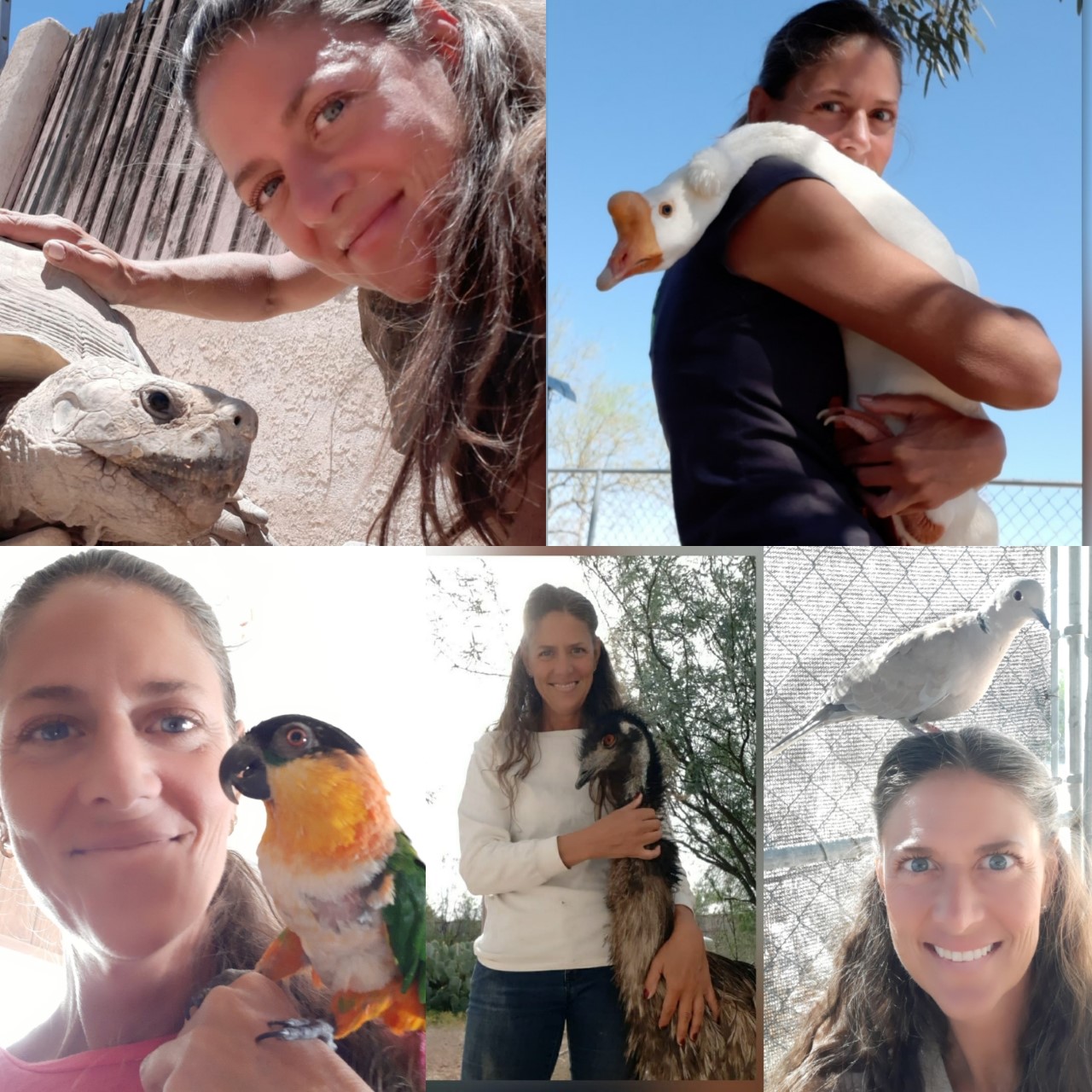